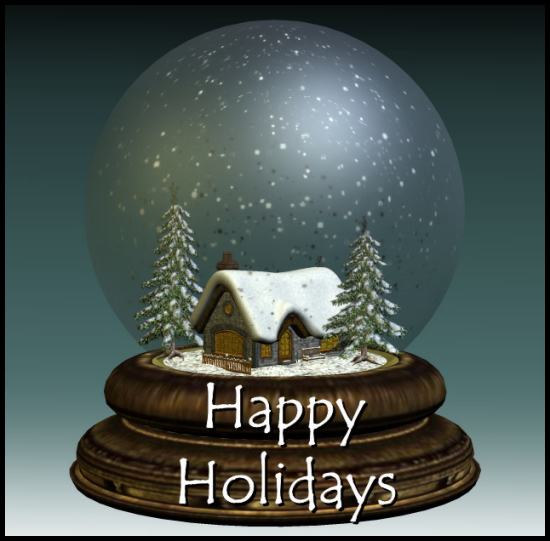 First of all, I want to wish a very sincere Happy Holidays to all out there. I mean it, I know this time of year is one of family gathering and celebration and many happy feelings. I enjoy seeing festive decorations, look I even put the holiday theme on my blog, what’s not to love?

As much as I love the decorations and such, the one thing I dislike about this season is the gift giving. There, I said it. Anyone who knows me well, knows I don’t “do” Xmas anymore. Yes, we have a small artificial tree this year, my older daughter found it in the basement along with some lights and she set it up – no balls, just the lights, and it’s lovely. Every time I look at it, I smile.

And she and her sister will be making Turkey dinner on Xmas day. Or thereabouts, I’m not really sure. It will be delicious and lovely. I really do love everything about the holidays. Aside from that one thing. Gift giving is not discouraged, I’ve just let it be known that it isn’t for me.

Sounds rather Scrooge like, doesn’t it? But I stand by it.

Of course, when the girls were small, we did Xmas up really big, lots of presents under the tree, the whole shebang. I hope it was good for them, I loved giving them gifts, I was worse than a kid in the toy stores, and it was delightful. But that was then, this is now. Xmas is for kids, after all, and they’re no longer kids, they’re young women. So we do it my way now. Simple. Loving. No pressure.

Where is this coming from, you might ask. I don’t know. When I think back to Xmas past, when I was a child, all I see are warm memories, family gatherings, love and joy. Of course I liked getting presents under the tree. But somewhere in there I remember that Xmas eventually became more stressful. It became about pretending. And though I was a child with a vivid imagination, I disliked all forms of dishonesty, and to me, that is what Xmas eventually became.

It was little things. Like getting gifts I had no idea what to do with, but smiling and saying thank you, pretending to be overjoyed when I got them. Yes, I understood the concept behind giving, and that it was the thought that counted – but in my head, I had to remind myself that when I said thank you, it was for the thought, not for the gift. Because otherwise it would feel dishonest to me. I started saying things like “How nice of you” and “Thank you for thinking of me” so I wouldn’t have to say “I love it!”

Later, somewhere along the line of many Xmases past, gift buying became more of a challenge than a pleasure. As much as I love giving (and I do) I’d much rather give spontaneously, not by mandate. I can remember worrying about whether the person I bought something for would like it or not, or whether they would feel obliged to smile and say thank you without meaning it. Actually, I got to be pretty good at gift giving, because I put a lot of thought into choosing. In part, because I truly wanted to give gifts people would enjoy. But there is a deeper level to this – I didn’t want people to feel they had to pretend to like something if they didn’t. And I could always tell. As good as I got at it, I still occasionally missed the mark and I could always see the slight forcing of a smile too big as opposed to a smile from the heart. I would have preferred that they laugh and shrug it off, tell me they’ll give it to Aunt Agness or something, but never that slight hesitation, that extra muscle of effort put into the thank you smile.

Giving should come from the heart. It has become too commercialized with Xmas. People want pretty packages, and lose sight of how sometimes the best gift is simply one of a listening ear or a warm hug, as long as it’s sincere.

I wrote the following one Xmas in my early 20’s. I was going through a depression at the time, and so confused about everything, and I simply wasn’t up for the festivities. But this expressed how I felt, and how I do feel, so I’ll post it here. 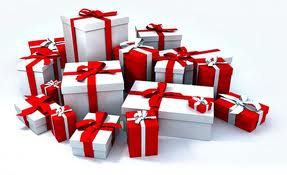 And I guess that is my biggest problem with Xmas. People have forgotten what giving really means. It has become all about the gift and not about the giving. Oh sure, we see movies about the spirit of Christmas and what it’s really all about, and people feel all mushy for awhile (I’m guilty, I love Holiday movies, the mushier the better!) and they do good deeds and give money to the Salvation Army Santa on the corner to feel good about themselves. They teach their children that it’s the thought that counts, and then they go rush to the store to buy one of the last of the latest new toys.

And the rest of the year? That’s my problem, right there. The rest of the year. I can remember times when I’d be out shopping in the middle of the year and see something that was just perfect for a friend, so ideal that I wanted to get it right away and offer it. Did I? Yes, I bought it. But I saved it for Xmas. Because I knew I wouldn’t find anything as perfectly suited for that friend as this gift. So instead of being spontaneous, I held on to it. And that’s just a shame.

I don’t do that anymore. And I don’t buy Xmas gifts. I occasionally buy something for someone for no reason at all other than that I think they will like it. I listen to my friends, and I try to be there for them when I can. I try to be a loving and caring person with friends, a helping hand, a good friend. But I don’t do Xmas gifts.

If that makes me Scrooge so be it.  I’d rather be a Grinch at Xmas and nice the rest of the year, than the other way around. 😉