Okay, I kind of forgot part f the prompt when I wrote this, When Julia posted this weeks 100 Word Challenge, she mentioned Leap Year, and then said the Topic theme is a Leap of Faith. Well, it’s been a rather hectic week for me and as I was thinking about the prompt,  all I remembered was the Leap Year part. Since it’s not required to use the exact phrase, I figured maybe I can get away with it. 😉 Besides, the little tale I tell does involve a kind of leap of faith – isn’t that what most marriages are? 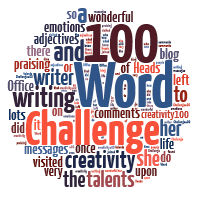 They were married on February 29. He gave her diamond earrings, and whispered in her ear, “Every anniversary will be diamonds.”

She laughed and said, “Lucky for you it’s only on Leap Years.”

On their first anniversary he gave her a diamond pendant. On their second, a ring with 3 diamonds, one for each child.

On their third anniversary he gave her an empty jewelry box. “For the diamonds,” he said. “With 4 kids we just can’t afford any more.”

On their fourth anniversary he bought a diamond bracelet  for his mistress.

On their fifth anniversary she bought herself diamonds with the settlement money.